The Best of TrailheaDX 2021 Announcements & Innovations: Relive the Experience Again 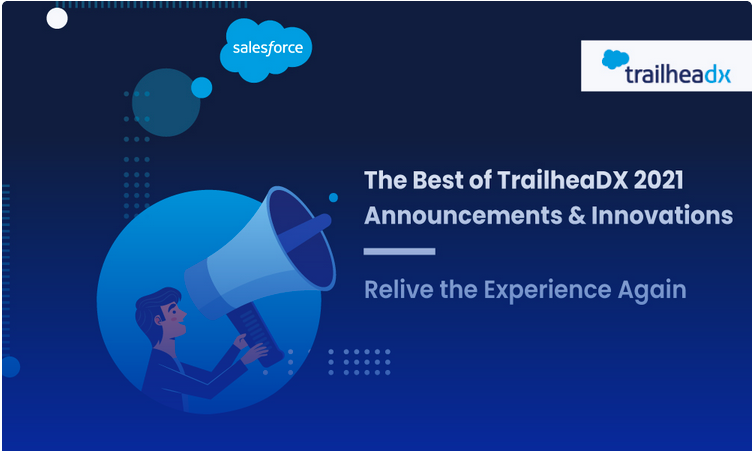 Salesforce has drawn the curtains on yet another virtual TrailheaDX event. On the bright sunny summer morning of June 23rd, thousands of Trailblazers across the globe tuned in to watch the broadcasting of the biggest annual Salesforce developer event. The main opening keynote, hosted by Salesforce CTO & Co-founder Parker Harris, was filled with exciting new product announcements that everyone was eagerly waiting for.

But if you missed attending the sessions, here’s a quick recap of the latest and greatest products announced in the Trailheadx ‘21 event.

When the #1 CRM platform, Salesforce and the world’s leading Cloud service provider, Amazon Web Services (AWS) originally partnered during Dreamforce ‘19, they planned to integrate Amazon Connect as part of Salesforce Service Cloud Voice. But during this TrailheaDX, they announced that they will be expanding their strategic partnership allowing developers using both technologies to easily build & launch intelligent customer applications by seamlessly connecting the data and workflows from Salesforce & AWS.

Another exciting partnership that was announced on the Architect Channel of the TrailheaDX ‘21 was the comprehensive partnership between Salesforce & Lucidchart. This extensively combined the power of the new Salesforce diagramming framework with Lucidchart shape libraries to ensure continuity and speed for the end-users.

With this partnership, not only will the users be able to bring consistency & speed to the process of creating Salesforce diagrams (using the Salesforce shape library  in Lucidchart) but will also be able to better align their teams & partners around design principles and consistent implementation standards. For the ease of users, new Salesforce shapes & pre-built templates will also be added in the Lucidchart shape library, allowing easy customization of Salesforce diagrams.

Another interesting announcement in TrailheaDX ‘21 was the introduction of the next generation of Salesforce Platform, including a powerful set of low-code development tools. Such low-code tools facilitate interactive app development & automation, elastic computing, identity management, AI-driven data protection and DevOps capabilities that ultimately will help organizations reach their business goals faster.

These tools will serve to empower all the users; like business users, admins, developers, designers; to create & ship customized applications and processes on a single platform with confidence. These actions can be performed using an App Builder enhancement called Dynamic Interactions, discussed in the TrailheaDX event itself.

Recognizing the predicament of Salesforce developers when they have to use different CLI development tools like MuleSoft, Heroku, Tableau, Commerce Cloud, and many more, this TrailheaDX the CLI Unification enhancement was also launched. This seamless, unified CLI executable called sf provides developers with a single command line taxonomy that simplifies and streamlines the way they build & deploy applications across the Customer 360 platform.

This will allow the developers to use one toolchain for cross-cloud development allowing them to be more productive and giving them the ability to create new projects, manage environments, run automated tests, & deploy new solutions. Therefore it will cut back their need to juggle multiple CLIs for multiple projects, providing them with one CLI to unlock their full potential.

A brand new tool called Flow Orchestrator was also introduced in this year’s TrailheaDX. Using it, admins and developers can create comprehensive orchestrations, or multi-user, multi-step business processes with just simple clicks, instead of code. This paves the way for a connected, end-to-end workflow where multiple automated processes (flows) are interconnected.

This feature can easily be leveraged to create advanced approval systems, group task lists, or for any other process that require multiple users to complete assigned actions on the same screen. By organizing multiple flows into ‘steps’ and multiple steps into ‘stages’, Flow Orchestrator can bridge the widening gaps in business workflow leading to supercharged productivity, happy customers, and increased revenue.

Another new service announced in TrailheaDX ‘21 was the Salesforce Functions, a new service on the Salesforce Platform which allows companies to innovate fast, deliver more scalable experiences and meet customer demands from anywhere. Using Functions, developers can extend the power of their already existing data & workflows by making them more robust with the power of elastic compute & open language flexibility. This service will also empower teams and will accelerate developer productivity by making it easy for them to adopt modern techniques and the language of their choice.

These are just a few of the amazing things that took place in this year’s TrailheaDX event. In addition to them, a plethora of interactive live sessions, guest lectures, and product demo sessions were also hosted by the experts. So if you missed attending any of these sessions the first time around, we recommend you watch the on-demand recordings of the sessions available on the main event homepage.

This year’s TrailheaDX was exceptional for us also because an astounding number of Salesforce users registered for our products’ demo sessions as well. We garnered many positive acclamations for the way we demonstrated the features and workings behind our flagship Salesforce data archival applications, DataArchiva & DataConnectiva, and our robust data backup & recovery solution, DataBakup. Not only this, many customers also showed a good deal of interest in our Salesforce file management & collaboration solution, XfilesPro as well.

TrailheaDX 2021 was truly an exceptional and mind-blowing experience for Salesforce developers around the globe but now let’s set our eyes on another one of Salesforce’s events, the Dreamforce 2021. Till then, let’s continue growing, learning, connecting and giving back to the Trailblazer community. 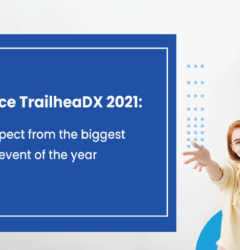 Salesforce TrailheaDX 2021: What to expect from th

For more info, please get in touch with us  contact@dataarchiva.com 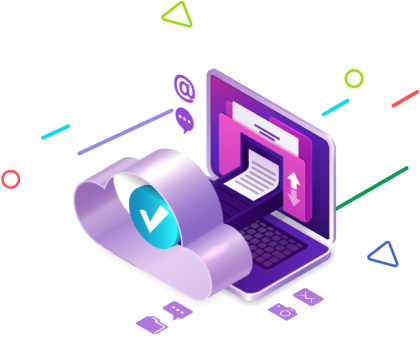